CCBC expands to the South of Brazil

In 2018, CCBC inaugurated its Southern Chapter, covering the three capitals of the Southern Region of Brazil: Curitiba, Paraná, Florianópolis, Santa Catarina, and Porto Alegre, Rio Grande do Sul. The initiative was the second stage of the amplification of the work of the Chamber throughout the national scope, with the establishment of local bases.

The choice of region was due to the long and productive relationship of the three states with Canadian companies and institutions. The presence of Canadian companies from various sectors in the Southern economy, as well as the Brazilian’s performance and interest in the transactions with Canada, including participation in several bilateral trade missions, stimulated the establishment of the Chapter. Cooperation between the official bodies of the two countries has also been intense in recent years, with mutual visits by secretaries and representatives of state and provincial governments.

South Chapter is a local bridge of assistance to the members, with efforts focused on the approach of Paraná, Santa Catarina and Rio Grande do Sul entrepreneurs and institutions with Canadians with common interests. It also organizes a specific program of activities, events and meetings to promote the exchange of business and knowledge between the two countries. The technology and innovation sectors are some of the highlights of the region.

The South is the smallest of the five regions in Brazil, but it has a diversified economy, with good human development indexes – the highest in the country – and quality of life. 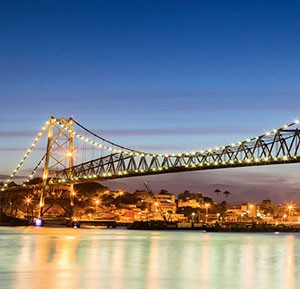 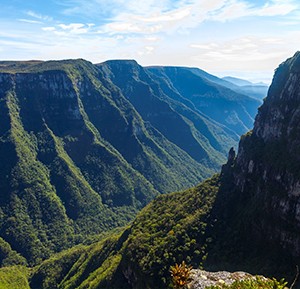 For more information of the South Chapter